Pillars provided by CherishedLA symbolizing the life stories of human trafficked victims will be on display in the lobby of Adventist Health Simi Valley. You can stroll through the exhibit listening to each woman’s story first hand, in her voice. This is a free event and should not be missed.

Human trafficking is not something that exists solely in far-away lands. The industry is booming in California, and particularly in Ventura County.

In March, 2017, local authorities received information about a 17-year-old girl who was able to escape her captors in Oxnard and call a hotline. The girl gave hotline workers the cross streets where she was hiding, and waited there to be rescued. She’d been held against her will for three days and repeatedly “forced to commit acts of prostitution,” which is a dressed-up way of saying she was sexually violated for three days.

This isn’t an isolated incident. Three other human trafficking cases with Ventura County ties were prosecuted recently, including members of a large prostitution ring who trafficked 25 Chinese women throughout Southern California. In one particularly horrifying local case, a mom trafficked her own daughter at a hotel in Camarillo.

According to the Ventura County Coalition Against Human Trafficking:

“Ventura County victims have been male and female, adults and children, documented and undocumented, and a variety of ethnicities.

How can you protect your children and others in our community from the horrors of human trafficking? How can you spot victims, so law enforcement can rescue them and get them the help they need?

Soroptimist International of Simi Valley in collaboration with Adventist Health Simi Valley is sponsoring “A Walk In Her Shoes,” and exhibit by Cherished High Desert on January 9-19th, 2020. This exhibit is provided to the public free of charge as an awareness event to educate and inform the community about the dangers of human trafficking in our hometown.

Our new chapter in Simi Valley is part of this worldwide mission but will be hands-on, creating an impact right here in our own city. Our local mission stands on three pillars:

When you become a Soroptimist, you become part of the solution. Our world changes with each community standing together and taking care of its own. Our mission is specific to women and girls. Statistics prove that the impact of educating, protecting and empowering women and girls has the biggest impact on a society for generations to come. 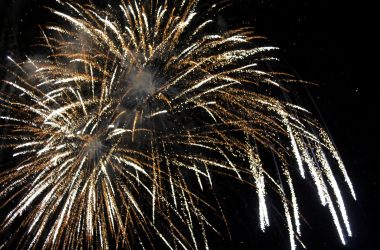 We again are excited to celebrate our city, businesses, community and neighbors. This year marks 50 years of incorporation of our city and we are excited to be able to celebrate with you. Come be apart of the parade and have fun at the carnival and music festival. Read more…