Steve Bayles has enjoyed cooking and grilling all his adult life. With 18 years of customer service
background, his focus has always been on putting his customers’ needs first.

He started BBQ’n Chicken and Tri-tip for a friend who catered weddings and other large events.
“Cooking and grilling has always been a passion of mine that gave me fulfillment I didn’t have in my
day job. The next thing I knew, people were asking me to cater events for them. It was a lot of work
in the beginning, a lot of satisfaction came from my efforts as well!!”

Steve never liked the BBQ he ate at restaurants and events; there was nothing special about it. He felt Barbecue should be GREAT and nothing less. “What I was served was nothing more than meat cooked in an oven and coated with barbecue sauce. You can’t call it Bar-B-Que just because it says so on the bottle!! He had strong feelings… “It’s about the process of cooking the meat- slower with wood and charcoal, the dry rub, the layers of flavors, that… at the end are finished with a layer of barbecue sauce glazed on. No single ingredient should stand out. Barbecue should be a Symphony of Flavors in your mouth!” Barbecue should always be GREAT!

In 2001 he changed his day job and didn’t have time to do catering on the weekends any more.
While the new career held plenty of promise, it was not fulfilling and he had no passion for it.
“January 2004 I got FIRED! While it was a surprise, I felt a comfort in knowing God had a better plan
for me.” Things happen for a reason, and this gave Steve an opportunity to search his soul for what
would be his Ultimate Career. In the months that followed again and again all things were pointing
to following his passion for cooking and barbecue! While this sounded fun, he knew restaurants had
such a high failure rate, so catering sounded like the logical choice. A chain of events set his future
into motion. The pastor of his church called him to tell about a unique barbecue trailer for sale. He
started culinary school, and hired fellow students to work for him catering events. That was in 2004.

In 2009 the Smokin Steve’s team moved into their cafe location known as Smokin Steve’s BBQ Joint.
A Southern Style Smokehouse as one reporter called. Folks from the Midwest often commented on
how it reminded them of the barbecue joints back home! In 2014 the business decided to stop
operating the BBQ Joint and has been Catering Only ever since. “Catering is what we do best, it was
the part of our business that was growing. It’s scalable and better for everyone. While we no
longer offer walk in business for single meals, we do offer pick-up with advance ordering and a $75
minimum.

New customers ONLY. Cannot combine with any other offer. 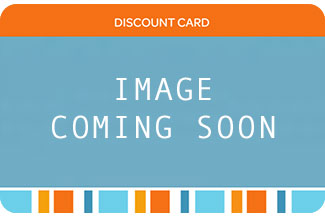